SIGN IN
SIGN UP
BUY $250 SMTF & GET $25 SMTF BONUS
SMARTFI, THE OFFICIAL CRYPTOCURRENCY PLATFORM OF SUPERCROSS
Newsroom
»
Blogs
»
Understanding SFUSD token and the value it holds

Understanding SFUSD token and the value it holds 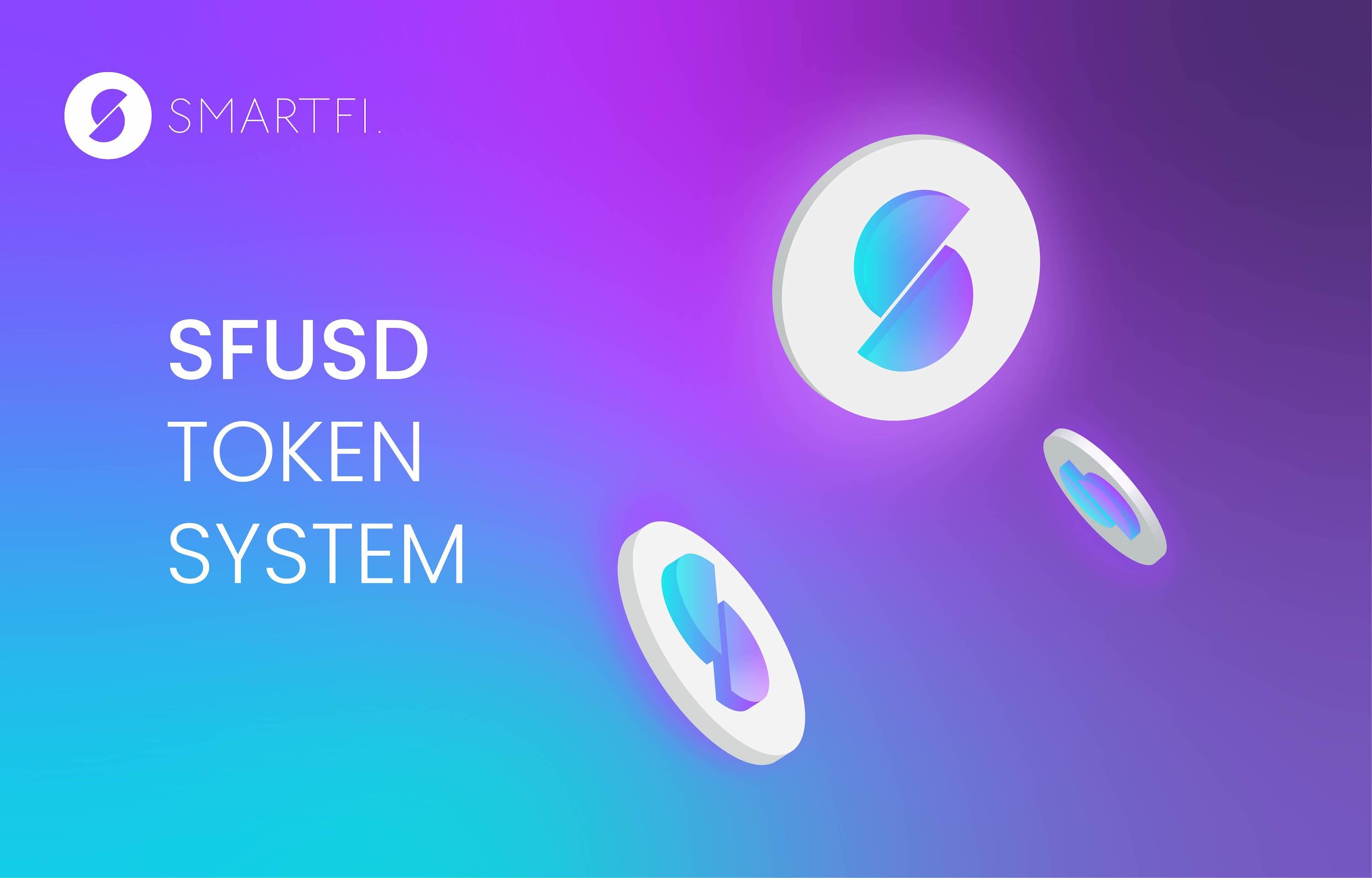 SmartFi is on a mission to revolutionize cryptocurrency with its native stablecoin, SFUSD, to be the first token to have zero fees. Payments made using SFUSD would be completed without any transaction fees being incurred on the network. Thus making it as viable as traditional fiat for exchange without loss of value.

Most cryptocurrencies rely solely on a speculative component without considering an on-chain hedge or a backing for financial safety. Not one cryptocurrency project to date has incorporated the fundamentals required for a complete free market economy. This is exactly what SmartFi has accomplished. SFUSD is a stablecoin backed by US dollars, designed to offer a hedge to volatility as well as function as a medium of payment.

The SmartFi stablecoin is unique. It’s the first protocol to produce a mineable stablecoin and they are produced through a decentralized mining process. As it is stable, it can also be issued and purchased outside of the mining process with no limit on its supply. And unlike the other stablecoins in use today, SFUSD does not utilize a peg to maintain its value. Rather, it equates to the value of any currency that its network commodity can be denominated in.

Zero Fees for SFUSD! But how?

For crypto traders and enthusiasts, a token that does not charge transaction fees would seem too good to be true. Surely the system needs to be rewarding for the ones developing and managing the infrastructure behind the token?

As our CEO, Aaron J. Tilton mentions, “On our SmartFi network the Treasurers’ (our miners) report hash rate cost information in the CLP (Commodity Layer Protocol) which correlates the cost to run the network with the block rewards gained from a portion of the paid loan interest. The interest from the loans pay for the cost of the network and therefore there is no need to charge any transaction fees.”

Until now the value of digital currencies has been subjective. Digital currencies, many of which pre-date Bitcoin, have been conceived and released in various experiments, video games and academic papers over the past decades and they have one thing in common, all have been uncorrelated to any real-world commodities or currencies, natively on-chain or any of the other blockchain layers. In these cases, the currency attains a perceived value that varies arbitrarily on events and occurrences.

A currency that does not exactly correlate to any reliable asset is simply a speculative instrument. Price volatility hinders mass adoption of a cryptocurrency as a replacement for fiat and hence there is a strong need to address this issue with a reliable stablecoin devoid of charges. Enter SFUSD.

Intrinsically SMTF and SFUSD are the Yin and Yang of SmartFi, exact opposite value propositions. Holding balances of SMTF for speculative wealth creation is the opposite of holding SFUSD which has a completely stable USD dollar hedge, for US Dollar-backed safety.

The SmartFi Speculative TokenCoin (SMTF) receives its value from market speculation. The token value changes over time but is managed through a fixed supply (deflationary aspect). It is used to collect interest in the form of capital appreciation. On the other side of the ecosystem is the SmartFi stablecoin (SFUSD) which is redeemable in USD at a predictable 1:1 ratio. The relative value of SFUSD remains stable whilst its supply expands and contracts.

One is the opposite of the other, both inextricably linked in the lending protocol but derive their values from opposite ends of the same cryptocurrency ecosystem. One, SFUSD derives its value from US dollar-denominated fully-hedged transactions, the other from speculative capital deployments in the lending market ecosystem.
Working together, SFUSD and SMTF inflate and deflate the respective supply of each of these cryptocurrencies in the market according to the needs of the market for borrowing or lending transactions.

‍SmartFi has come up with a monetary policy structure that incorporates near real-time data to determine pricing and supply. Coins in circulation are exactly correlated to the dollar-denominated interest paid by borrowers in each block, with data refreshed in 20-second intervals. These coins are distributed to lenders and miners that receive part of the total charged interest as payments for their roles in SmartFi’s decentralized lending function. This enables the creation of lending assets and speculative credit creation in balance on the network on both the decentralized stablecoin market and centralized speculative market.

SmartFi connects the provisioning of input cost data to the Commodity Layer Protocol (CLP). This protocol, along with its reward algorithm provides the SmartFi Network with a balance and stability of its mineable native protocol coins.

The CLP combines data from these 3 sources to create this algorithmic lending platform:

Using the hash rate cost information provided by the SmartFi treasurers, the CLP correlates the cost to run the network with the block rewards gained from the loan interests. This effectively hedges the Treasurers’ rewards to the base currency (SFUSD) of the hash rate costs.

The CLP embodies the foundational basis for the value of all cryptocurrencies. All virtual currencies or cryptocurrencies possess this element, but no system to date has been able to capture the price discovery needed to effectively govern this key element. In fact, there has not been a project that has demonstrated an understanding of the need for incorporating this component either.

The entire economy of any blockchain would be jeopardized if the required input data on the costs of commodities is unavailable or unknown. The illiquidity arising out of unavailable cost data would devalue the tokens by stranding the network hashrate. This is the underlying source of price uncertainty and one of the major triggers that can cause unnecessary bear market volatility in the cryptocurrency market today.

Buy SFUSD tokens on the SmartFi Platform
SmartFi provides easy to use financial tools to earn, trade and lend crypto.
Get Started