SMTF Token Current market price
SMTF: THE ONLY CRYPTO THAT FUNDS loans
LEARN THE MOST SUCCESSFUL WAYS TO make money with crypto
OFFICIAL CRYPTOCURRENCY PLATFORM OF SUPERCROSS USA 2021-2022
$1 billion+ in loans and transactions to date
Newsroom
>
Education
>
What Is Bitcoin? 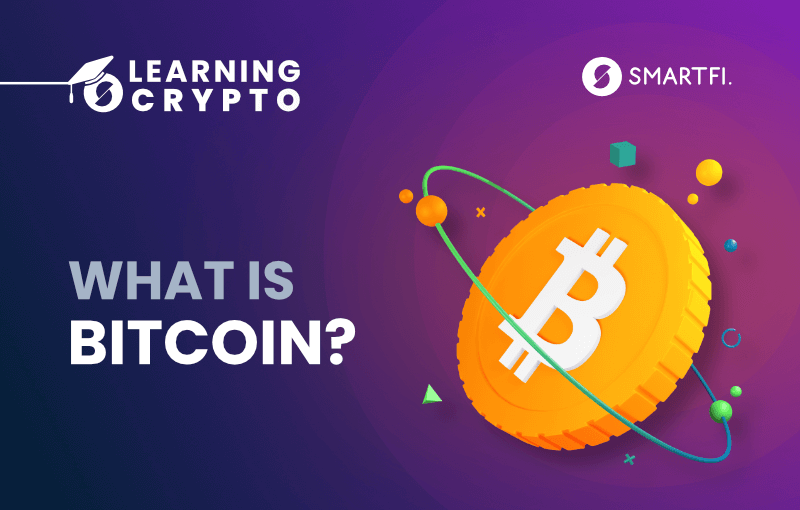 For most people, an interest in crypto starts with an interest in Bitcoin. That is what they have probably heard of. Maybe they have seen Bitcoin ATMs, or have heard about it on the news, with the word often used there as a generic term for the crypto and blockchain industries. That leads to some confusion, with people thinking the words “crypto” and “Bitcoin” are interchangeable. They are not: bitcoin is a cryptocurrency, but cryptocurrency isn’t Bitcoin. So, now we know what Bitcoin isn’t, what is it?

Not As Simple as It Sounds

“What is Bitcoin?” sounds at first like a simple question, but it really isn’t. For starters, the answer depends on whether you are talking about Bitcoin (upper case B) or bitcoin (lower case b). This is a distinction that seems to be lost on many people who write on the subject these days, but it is an important one. “bitcoin” with a lower-case b is the currency itself, often referred to by the abbreviation BTC, while Bitcoin, big B, refers to the concept and the ecosystem that surrounds it: the miners, the blockchain, and the whole industry that has emerged around the currency. It should be immediately clear that “Bitcoin” isn’t a simple thing, and the deeper you go into the subject, the more that rings true.

The Origins of Bitcoin

Let’s start with bitcoin’s role as a currency. There are those that maintain that it really is no such thing and won’t be until or unless it is accepted everywhere in payment for goods and services. However, that is what it was originally designed to be. It has its origins in a White Paper published in 2008 by Satoshi Nakamoto. In keeping with the complicated nature of Bitcoin, though, to this day, nobody knows who Satoshi Nakamoto is, or maybe was. It could be one person, or a group. They might be Japanese, as the name suggests, or they might not. We have no way of telling, although the fact that it is still secret suggests one person, as the odds of a group keeping a secret for fourteen years are pretty low, and the language of the White Paper indicate a native English speaker was involved in drafting it. Whoever it was, they are presumably now very wealthy, as they would have been the original producer of bitcoin, or miner, producing thousands of, or maybe even over a million bitcoin for themselves. Research suggest that Satoshi has as many as 1.1 million bitcoins to this day, which at $20,000 dollars to 1 bitcoin amounts to a fortune of $22 billion. The fact that the value of those holdings has increased so much is not an accident, it is by design.

Unlike regular currencies, usually referred to as fiat currencies by crypto heads, the supply of bitcoin is inherently limited. The protocol that established Bitcoin means that there can only ever be 21 million of them in total. Those 21 million coins have effectively already been made and hidden and are gradually being discovered. However, it is as if the material they are made from has now been all used, so no more can ever be made. There is inherent scarcity, so the value of each bitcoin is programmed to increase over time.

As an economy grows, governments and central banks create more currency, dollars, euros, yen, or whatever to facilitate that growth. That allows us all to have more dollars or whatever, but it means that the price of things in dollar terms goes up over time or, to put it another way, the buying power of each dollar falls. With bitcoin’s limited supply, though, increases in the amount of goods available cannot be met by increases in the number of currency units available. So, the buying power of each bitcoin increases over time as the coins become scarcer relative to the number of things they can buy. This is known as a “disinflationary model of money, as opposed to the “inflationary” model that we all know and is one of the separating features of cryptocurrencies.

Now that I have used the word “cryptocurrency, I should probably define it…

What Is a Cryptocurrency?

A detailed answer to this question can be found in the article "What is Crypto" posted elsewhere on Smartfi.com, but to understand Bitcoin you need just a rudimentary understanding of the term “cryptocurrency”. The word is a combination of a shortened form of “cryptography” and the word “currency”. The currency part is self-explanatory, referring as it does to something that can be exchanged for goods and services. Cryptography, however, probably needs some explaining for most readers.

It is basically the science of advanced puzzles and codes. Cryptographers were the people, for example, who cracked the Nazi codes in WWII, giving the allies the edge in the war, but these days, it has gone beyond just code breaking. Cryptography has gained in importance as computer science has advanced, because it enables privacy and secrecy is a system that is otherwise open to all. In cryptocurrencies, the “crypto” part of the word refers to codes that are uncovered by miners using computing power. When the miners break the code, they create a “block” and are rewarded with bitcoin.

One of the things that distinguishes Bitcoin and the cryptocurrencies and tokens that came after it is that they are decentralized. The supply, issuance, and control of conventional currencies, such as the US dollar, the yen, or the euro, are in the hands of a central authority and transactions are recorded by them. That is usually a central bank, but ultimately, control lies with a government.

With Bitcoin, however, the network is controlled by the miners, who process and record transactions. They are many and varied, and no one individual or entity has complete control. It is often said, therefore, that cryptocurrencies hand the power over money back to the people.

One of the problems with attempting to answer the question “What is Bitcoin” is that every answer raises further questions. So, now you now that bitcoin is a cryptocurrency and have a grasp of what that means, we have to define the blocks that miners produce when they crack the codes that keep bitcoin hidden. Each block is essentially a small virtual safe containing transaction records. New blocks are linked to old ones by cryptography, creating a chain of blocks, or a blockchain. Once a block is closed by adding a new one, it is like the key to the safe has been thrown away, but the walls of the safe are made of glass. Transactions are stored and can be seen, but nobody can get into the block to alter the records or reverse or change a transaction for any reason.

That irreversible nature of records kept on a blockchain is there for a reason. It removes the need for trust, something we give, albeit usually unconsciously, when we enter into a traditional financial transaction. Your bank keeps a record of transaction in your account, but if they decide to change that record, there is little or nothing you can do. You just trust that they won’t. Blockchains remove that need for trust because records kept on a blockchain cannot be changed. The inability to alter the record, which leads to no need for trust, is why a blockchain is often referred to as an “immutable, trustless” record.

The true significance of Bitcoin, then, is that it was the first cryptocurrency, secured by math and utilizing a blockchain, and it is still the most successful example today. It is not universally accepted for payment, but there are now over 15,000 businesses around the world that do take bitcoin. For many who believe in the concept, though, spendability is not an issue, at least at this point. For them, bitcoin isn’t for spending. It is for holding, as a store of value and a hedge against inflation or, in some cases, as a hedge against an eventual collapse of the traditional monetary system.

There are a few other things that you need to know about Bitcoin. First, it exists only in digital form. You cannot hold one in your hand. Second, it is divisible, meaning that although exchanges will list the price of one bitcoin as many thousands of dollars, you don’t have to buy a whole one. You can start with just a few dollars, and you will get a small percentage of one coin. Similarly, when you spend bitcoin, you can do so in any amount you wish.

One of the early criticisms of Bitcoin from within the existing financial system was that it had no inherent value. To them that meant that you could not generate a return from holding bitcoin other than that offered by price appreciation. That has changed. There are now a lot of platforms, including SmartFi, that offer interest on bitcoin deposits.

You can also borrow against your bitcoin, by offering it as collateral, a process known in the crypto world as “staking”. Bitcoin loans are used quite extensively by miners who have often quite large holdings that they want to keep but face regular costs of operating their businesses. They can stake their bitcoin, borrow dollars or whatever, and then use the cash to grow their businesses.

Bitcoin loans are also taken out by individuals. They too may not want to sell their bitcoin, believing that the long-term case for increasing value is strong, but might require some cash for short-term purposes. Whether a business or an individual, though, taking out a bitcoin loan is relatively easy. Because you stake BTC, the lender usually doesn’t need to do extensive credit or background checks, so loans can be processed, and proceeds issued quite quickly.

The answer to the question “what is bitcoin” is not a simple one, because bitcoin itself is not simple. The good news, though, is that you don’t have to understand every technical aspect of it to buy and use or hold it, just as you don’t need to know the technicalities of how a visa transaction is processed in order to use that computer network.

What you do need to know is that it is a digital currency, backed by math and by a trustless, immutable network, and that it has the potential to reshape the world’s monetary system completely. Whether it fulfils that potential is yet to be seen, but it is worth understanding, just in case! 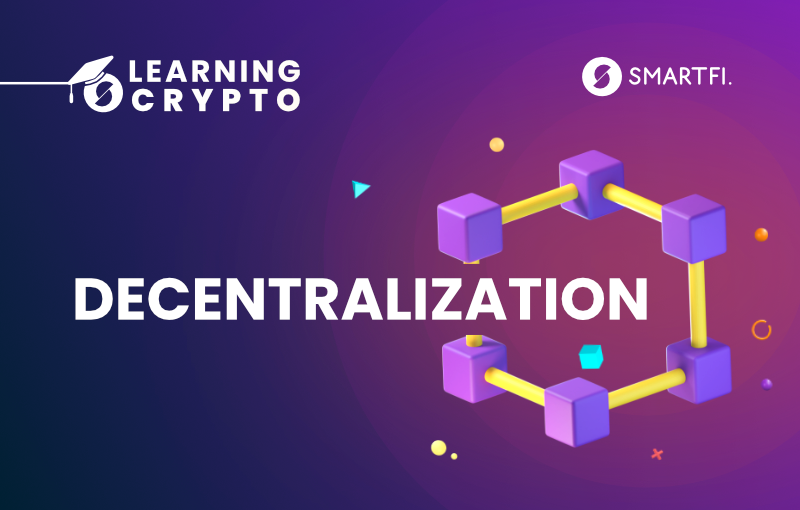 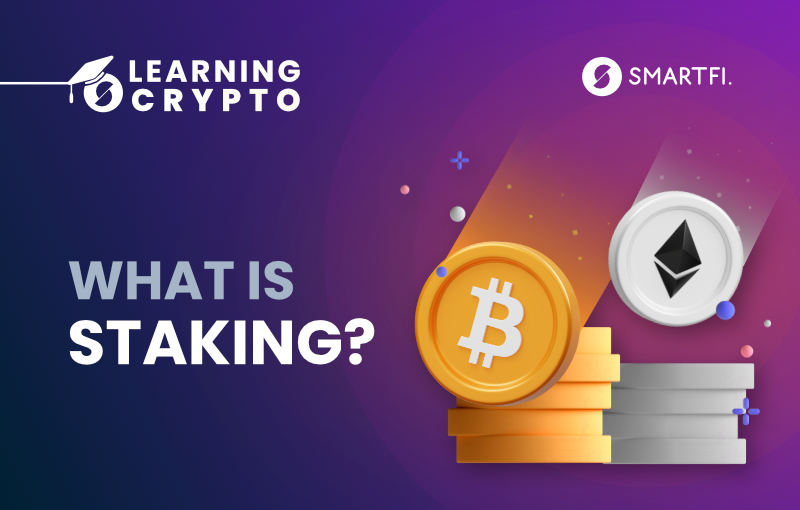 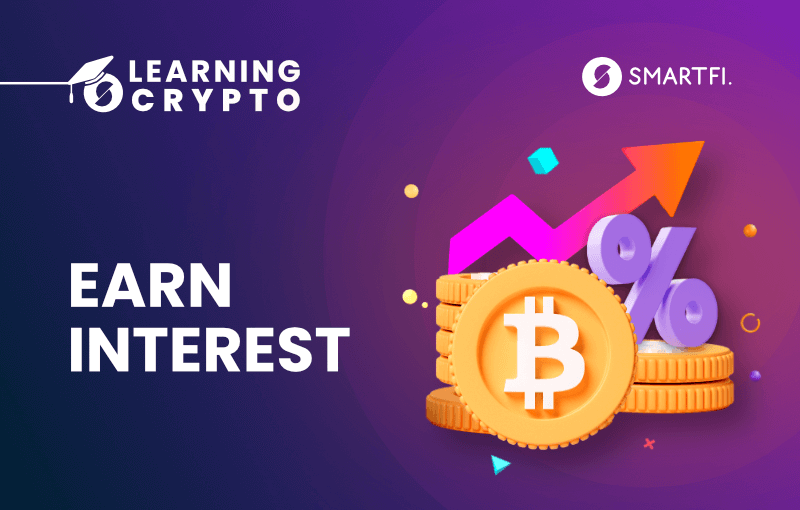